#1 Unrolling the Scroll of Revelation| Streams of light 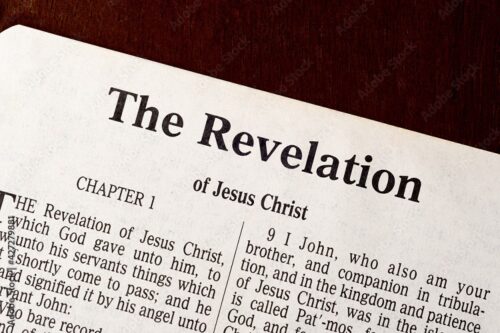 The book of Revelation, also known as the Apocalypse, is the final book of the New Testament in the Bible. It is a highly symbolic and apocalyptic work that describes a series of visions and events that are said to occur at the end of the world. The book is traditionally attributed to John the Apostle, and its main theme is the ultimate triumph of good over evil.

In the book, John receives a vision of a scroll that is sealed with seven seals. An angel tells him to unroll the scroll and read its contents, but no one is found worthy to open the seals. However, Jesus Christ, the Lamb of God, is revealed as the one worthy to open the seals, revealing the contents of the scroll, which includes a series of judgments, plagues, and other catastrophic events.

The process of unrolling the scroll in the book of Revelation is often seen as a metaphor for the unfolding of end-times events and the revelation of God’s plan for the world. It is also interpreted as a call to repentance and a reminder of the ultimate judgment that will come to all humanity.

The Book of Revelation is known for its vivid imagery and symbolism, which has been the subject of much interpretation and debate over the centuries. Many Christians believe that the book contains a prophecy of the end of the world, while others see it as an allegory for the struggles of the early Christian Church.

Other items listed by streamandspace